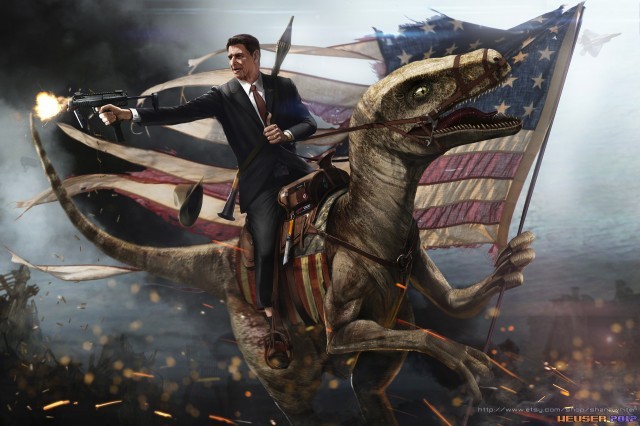 Ronald Reagan is bringing prehistoric times to the modern battlefield in artist Jason Heuser’s epic new Presidential illustration. 11” x 17” and 24” x 36” prints for both the original and Battlefield 3 style illustrations are now available at his Etsy shop, The Epic Art Store. Get in there!

You might also take note of the extra Halo addition hidden within this detail shot.